The technology has been so advanced that, we can enjoy a smart tv interface on a non-smart tv. It means if you love to watch internet-based content aka IPTV (Internet Protocol Television) then it's not necessary that you must have a Smart TV. There are a bunch of media streaming devices available which can convert any non-smart television into a smart television.

You are probably into the same dilemma that which is better- Android TV Box or Amazon Fire TV Stick?

Interested in- How to Jailbreak FireStick For Free Movies and Shows?

Note- This is not a paid comparison (unlike other comparison sites do). I'm going to share my personal experience with both devices. Also, I'm not criticizing other devices because both have a different perspective for use. All the devices are best in their field, every streaming devices have different unique features.

Before going to the comparison part, I want to give a little introduction to both the devices. If you don't want to read this, skip to the next paragraph. This introduction is for the first-time buyer who is willing to buy his/her first media streaming device.

Everyone knows about Amazon. It's world one of the largest e-commerce company. But, in 2014 Amazon was involved in streaming device manufacturing too. The very first media streaming device was launched in April 2014, by Amazon. They named it Fire TV Stick and the first generation of Fire TV Stick was running on Fire OS it was available in the United States only. The first generation Fire TV Stick was running on Broadcom BCM28155 dual-core 1.0 GHz Cortex-A9 processor with 1GB RAM.

In October 2018, Amazon announced its third-generation Fire TV Stick which supports 4K video quality and Dolby Atmos 7.1 surround sound. This device is improved in speed because it has got an Amlogic S905Z processor and 2GB RAM. The new Fire TV Stick 4K supports HDR protocols.

Android TV Box has not gained much popularity like Amazon's Fire TV Stick. There could be many reasons which I discuss in later paragraphs. It requires an HDMI port to run the Android interface on your non-smart television. As I mentioned above, there are lots of manufacturers providing Android TV Box. So, we cannot give certain hardware details.

Let's jump to the comparison…

Which is better- Android TV Box or Fire TV Stick?

When it comes to the shape and size than both the devices are very different from each other. Android TV Box is a bulky device while Amazon Fire TV Stick is quite small and handy.

So, in terms of the operating system, Android TV Box is the winner.

The third generation of Fire TV Stick has 2GB RAM while many Android TV Boxes have a minimum of 3GB RAM. When it comes to running Kodi and other streaming apps, Android TV Box is fast and smooth.

So, here I can say that Fire TV Stick is providing the best quality streaming experience at a cheaper price. However, the budget is not a problem at all and you want good hardware then I recommend you to go with Android TV Box. But, if you want a compact device with outstanding quality then go for Amazon Fire TV Stick 4K HDR with an all-new Alexa voice control remote.

18 thoughts on “Fire TV Stick Vs Android TV Box- Which Is Better?” 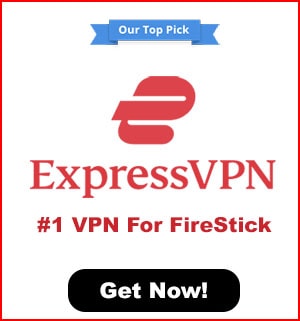